Home » Lawn and Yard » Mold in Compost: How Big of a Problem Is It?

Mold in Compost: How Big of a Problem Is It?

That being so, mold is most likely to occur in areas with high humidity, oxygen, and decaying organic materials, including your compost pile. Here, we’re going to discuss if it’s actually that big of a problem.

Depending on the type of material it feeds on, the mold appears in different forms and colors. But still, it doesn’t necessarily mean that all of them are harmful.

Is the Mold in Compost Harmful?

As you probably know already, microorganisms are developing in your moldy compost pile. But, what you might not know is that some of them can be deadly.

However, the mold won’t cause you any harm while you’re just turning the compost pile. Seeing that you’re not consuming it, it won’t pose any threat to your health and well-being. But then again, people with compromised immune systems can be sensitive to mold spores.

[alert style=”danger”]Warning: Take precautions when dealing with mold to prevent it from causing harm to both you and your pets.[/alert]

With that said, you better wear a mask when handling the compost to prevent from inhaling the spores. Don’t forget the protective gloves, too. Additionally, make sure your pet isn’t digging around in the compost pile as well. The pathogens don’t pose a threat to humans only. It’s not harmful to your plants, though.

The Basic Needs of Compost

For really great decomposition, the compost has three basic requirements, which are:

Nitrogen and carbon-rich materials – that is, “greens” and “browns” respectively, provide the composting microorganisms with proteins and energy, so they thrive. Among the green materials are grass clippings, seaweed, and kitchen scraps, while the “browns” include, among other things, straw, dried leaves, and wood chips.

First things first, the microorganisms that help in decomposing the compost need air to breathe. That is to say, the lack of oxygen will slow the decomposition process down. So, make sure to keep the compost airy by turning the pile.

If it starts to smell, it’s because it doesn’t have any oxygen. In this case, add some dry material, such as leaves or straw, to dry it out and prevent it from rotting.

The microorganisms inside the pile need some water as well to survive. However, balance is the most important here. The compost requires sufficient, yet not an excessive amount of moisture.

If there’s too little moisture, the organisms will go dormant. On the other hand, they’ll drown if the compost pile is too wet.

Can You Put Moldy Food in Compost?

Compost is decomposed organic waste, and most likely, mold will naturally start growing within your compost pile. Therefore, instead of getting rid of the moldy foods, it’s a good idea to reuse them for your gardening purposes and help your plants grow.

You can put in compost almost anything that comes from the ground, including both fresh and rotten vegetables and fruits. Moreover, seeing that grains sprout from the soil as well, moldy bread can be composted too.

That is to say, when adding moldy food into the pile, you add food that’s already on its way to decomposing.

What Can Be Composted?

Apart from moldy foods, here’s a list of other acceptable ingredients to put in the compost pile as well:

What Not to Put in the Compost

On the other hand, some things simply won’t do in the compost. For instance, any type of animal products should be kept out of the pile. That is to say, neither meat, fish, or dairy products are allowed, nor greasy and oily things.

Additionally, even though your pet waste is organic, make sure not to include it in the compost as well. It can introduce diseases, making the compost unusable. Don’t put diseased plants or yard trimmings treated with chemicals, too, such as in the event of stump removal.

How to Add Moldy Food in the Compost?

Although you can add moldy food to your compost pile, you won’t do the job by simply throwing it in there. Instead, there are steps to follow to help decomposition happen, as well as to avoid pests, animals, and bad smells.

This step isn’t necessary; however, the microorganisms and worms will digest the blended food scraps faster. This way, you reduce the risk of attracting unwanted insects and animals and prevent mold from spreading at the same time.

Given that the center of the compost pile is the warmest, the moldy food will decompose faster if you put it there.

Once you add the moldy food to the pile, cover it with “browns” – that is, leaves, straw, sawdust, and wood chips.

Adding garden soil or well-aged manure to the top of the moldy food will speed up its decomposition.

Turning the compost pile is a means of bringing oxygen. Once you’ve added a variety of material, spread it around to make sure everything will get oxygen. This way, you’ll keep it from smelling bad, as well as accelerate the decomposition.

🚱What happens if the compost pile is too wet?

If the compost pile is too wet, not only will it slow down the decomposing, but it’ll produce a foul odor as well. Therefore, make sure you accomplish the right amount of moisture. If the compost is too dry, it’ll also slow down the composting, seeing that the bacteria and fungi won’t function effectively.

🍞Can you put bread in a compost pile?

As mentioned earlier, because grains sprout from the soil, hence an organic matter, any type of bread product can be put inside the compost pile too. However, have in mind that it’s very likely to attract pests and unwanted animals into your yard.

🤔Where should compost be in the sun or shade?

You can put the compost pile either in the sun or shade. However, while in the sun, the temperature inside the pile increases. Consequently, the bacteria and fungi will work faster, speeding up the decomposing process. However, your compost will dry out faster while exposed to higher temperatures too.

How to Clean Up After Stump Grinding?

What Do Robins Eat in Winter?

I'm passionate about small DIY projects and my modest garden. I'm always up for a challenge! Soon after getting out of university, I realized I won't find many if I don't set the ground myself. Soon after, TopYardDesign.com was created.

Table of Contents
The Skilled Staff of TopYardDesign, patrolling your lawn 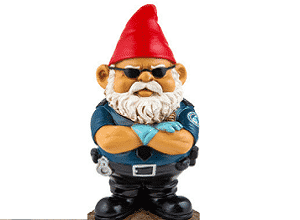 TopYardDesign is a participant in the Amazon Services LLC Associates Program, an affiliate advertising program designed to provide a means for sites to earn advertising fees by advertising and linking to Amazon.com.