Home » Lawn and Yard » What Herbs Can Be Planted Together?

What Herbs Can Be Planted Together?

Either in a pot or garden, putting different plants next to each other is a whole science. As a matter of fact, the plants must be compatible to work well together. Otherwise, they are most likely to inhibit each other’s growth.

So as to get things done the right way, it’s important to have some knowledge on this topic. For this reason, we’ll provide you with a list of herbs that can be planted together, as well as those you should never put next to each other. 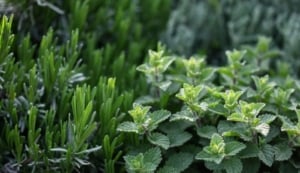 What Defines as an Herb?

You are already familiar with many herbs, such as oregano, basil, and mint, which are an essential ingredient of your culinary and medicinal recipes. But, have you ever wondered what actually an herb is?

Herb is a plant that doesn’t develop persistent woody tissue but dies down at the end of each growing season. Due to the aromatic or savory properties, the herbs are widely used for fragrances, as well as culinary and medicinal purposes.

Depending on their life-cycle, the herbs are divided into three major categories. These are:

The annuals complete the cycle of development and die within a single season. That being so, they won’t survive the winter. Seeing that the cold temperatures are likely to kill them, they should be harvested before the first frost date.

Biennial herbs in the first year develop leaves, then go dormant during the fall and winter. The year after, they develop fully and die.

Once established, the perennials grow and spread for years. Being extremely tolerant, they’ll survive both summer droughts and winter frosts.

Depending on the requirements for growth, the herbs fall into four different groups.

The herbs that come from the Mediterranean region require lots of sunlight and dry soil. This group includes:

All of these will get along well in a pot.

Just like the Mediterranean ones, these herbs prefer full sun but, on the other hand, need more moisture to grow and thrive. Here are a few:

Because all of these are part of the same group, they can be planted together.

Mints are invasive herbs, which are most likely to be found where they don’t belong. In other words, they send out runners and start growing sideways, taking over the whole area. Because of this, the mints don’t survive long in a pot. Therefore, they do better either outdoors or in a long window box, indoors. Some mints can survive winter outdoors!

Some of the more commonly grown varieties of mint are:

Seeing that their strong fragrance deters pests, many vegetables benefit when planted near them. But, since they occupy the whole area, you better don’t put them near other herbs. Also, make sure to provide them with enough space to spread out.

Common Herbs That Grow Well Together

Regardless of the type, when you plant herbs next to each other, they should grow together and thrive, right? Well, they’re a bit pickier than that.

Almost every herb has good and bad companions. The herbs that require the same growing conditions will get along. That being so, there are herb plants that simply won’t work together. For instance, some of them require dry soil, while others perform best in moisture, some need full shade, others partial. But, once they’re put with the right soil buddies, all the companions will benefit from being planted together.

Therefore, to prevent the plants from harming the growth of their neighbors, you should know what herbs can grow well together in the first place. 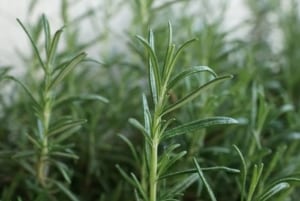 Rosemary is a perennial herb, which, because of its versatility and strong scent, is known for its culinary uses. It goes quite well with a variety of meats and is a great addition to stews and sauces.

With its repellant properties, the rosemary will stave the insects off by itself, which the companion herbs will benefit, too. However, it doesn’t get on well with the vast majority of herbs. So, when choosing the plant companions for rosemary, make sure they prefer the Mediterranean climate as well.

On the other hand, it can be planted alongside many vegetables, including carrots, broccoli, cabbage, cauliflowers, and beans, and still, get along well. We don’t recommend planting tomatoes nearby, though. 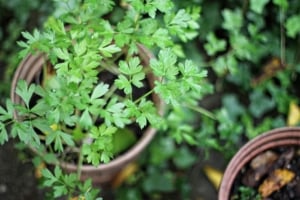 Cilantro is an annual herb, which requires humid, well-lit environments to grow. Therefore, it’ll work well with herbs that require the same growing conditions, such as basil, dill, parsley, and tarragon. But, never put it in the same pot with fennel since it’s a poor companion plant for most of the herbs.

Furthermore, cilantro draws beneficial insects into your garden but deters aphids, potato beetles, and spider mites, aiding in pest control. It also encourages the growth of many vegetables, including spinach and tomatoes. On the other hand, cilantro will benefit when beans and peas are planted nearby. 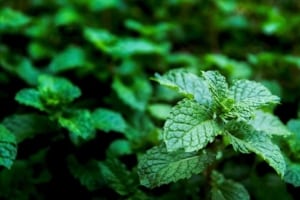 Mint is a perennial herb, which is widely used for foods and drinks. It requires a partly lit environment and should be watered occasionally, only when the soil has dried. Its rather strong fragrance repels the crop pests, therefore the other plants will benefit from its proximity as well. However, since it’s invasive and tends to occupy the other plants’ space, it’s better to plant it by itself in a pot.

But then again, the mint gets along with all mint varieties, eggplant, peas, broccoli, tomato, as well as cabbage, seeing that it repels the white cabbage moth. On the other hand, it’s an enemy of the parsley, so avoid planting them together. 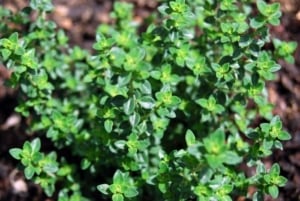 Thyme is an evergreen perennial herb which, in general, makes a great companion plant. When it comes to herbs, it’ll work well with the rest of the Mediterranean herbs – that is, rosemary, sage, marjoram, oregano, and lavender. Also, it gets along well with cabbage, eggplant, salad burnet, potatoes, and strawberries.

Moreover, thyme is able to protect the companion plants from cabbage worms, corn earworms, tomato hornworms, and flea beetles. On the other hand, it enhances the fragrance of the companion herbs and attracts beneficial pollinators, such as honeybees. Therefore, if you’re a beekeeper, don’t forget to include thyme in your garden. 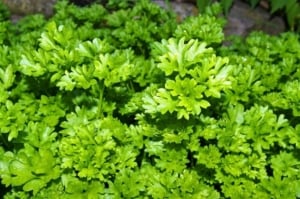 Parsley is one of the herbs that love moisture and lots of sun. It’s mutually beneficial with basil, cilantro, and tarragon. When it comes to vegetables, it gets on well with chives, carrots, corn, chili and sweet peppers, onions, peas, and tomatoes. Asparagus is believed to benefit the most out of all vegetables when planted near it. Parsley also gets on really well with roses. That being so, when planted around the base of the rose bush, the parsley will enhance the fragrance of the flowers. But, keep the lettuce and mint away from it.

Furthermore, parsley flowers attract hoverflies, which eat harmful insects, including aphids and thrips. The plant is favorite to the swallowtail butterfly caterpillars as well. 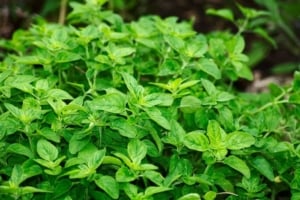 Oregano, also known as “wild marjoram,” is an aromatic perennial herb, which has been part of the culinary garden for centuries. Seeing that it discourages pests, oregano is beneficial to many plants. That is to say, it’s favorite to aphids, but hoverflies as well, which then dine upon the former, protecting the neighboring herbs.

Additionally, it increases the humidity of the garden area when planted with other plants. As a result, its neighbors will always be provided with enough moisture, even in droughts. What’s worth noting is that the oregano doesn’t have any bad companion. You can plant it alongside any plant, and still, they’ll work well together. 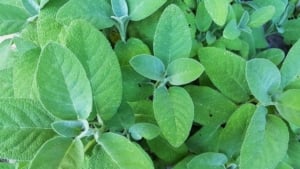 Sage performs best on full sun and well-drained soil and will get along well with herbs that prefer just the same growing conditions. Its health and flavor are especially improved when planted alongside rosemary.

Additionally, seeing that it works well with many vegetables and fruits, such as carrots, strawberries, tomatoes, and cabbage, it’s for the best to plant the sage in your veggie garden. But, make sure not to put cucumbers, onions, or rue in close proximity. Sage deters pests, such as cabbage moth, bean beetles, and carrot fly, while, on the other hand, attracts beneficial insects and pollinators, which help the whole garden. 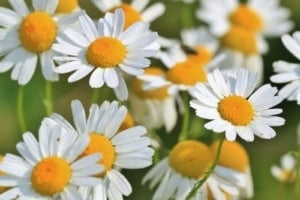 Chamomile tea is one of the most popular and most used in the world. Chamomile is an ancient medicinal herb, which has beneficial companion planting qualities. That is to say, with its anti-bacterial and anti-fungal properties, the chamomile will protect its neighbors that are susceptible to fungal problems.

It works well with most herbs, increasing their oil production, as well as with wheat, cucumber, and brassicas. Also, when planted alongside cabbage and onion, it’ll improve their health and flavor. Moreover, it attracts beneficial insects, as well as pollinators, but offers resistance to many pests, including mosquitoes. 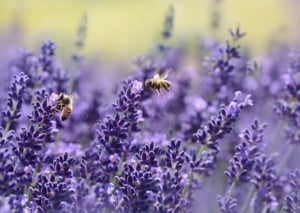 Lavender is a perennial herb that needs full sun, dry soil, and a little fertilizer to grow and thrive. Therefore, it’ll get on well with drought-tolerant plants, among which are rosemary, thyme, sage, marjoram, and oregano. It also gets along well with onion, tomato, lettuce, and brassicas. When planted alongside each other, they’ll attract beneficial bugs that eat the bad ones, so all the plants will benefit. It’s considered to be a natural repellant of moths and slugs. The lavender also attracts pollinators, therefore it can be potted near vegetable patches or fruit trees to encourage pollination.

It makes an excellent companion for roses as well. Now you have a chance to transform that dry, unappealing spot of your garden into a lush, colorful area.

How Companion Plants Help Each Other?

Every plant has its own qualities, and when planted in close proximity with a compatible soil buddy, they assist in each other’s growth in the following ways:

What Happens if You Plant Herbs that Don’t Grow Well Together?

We already saw what herbs grow well together and the benefits of planting them next to each other. But, what happens when you plant herbs that don’t get along very well?

Each plant fights for its space and resources in the garden. That being said, if you put it next to a plant that requires different growing conditions, they’ll bully each other and inhibit each other’s growth.

For instance, planting rosemary in close proximity to cilantro, which requires moist soil, can be fatal to the former. So, the first thing to keep in mind is that you should never mix herbs that have different water requirements.

Furthermore, some herbs lure beneficial insects, which, on the other hand, can be harmful to others.

Therefore, to prevent the herbs from ruining each other and your garden, make sure to plant them next to the right companions.

🤔How does companion planting work?

Companion planting, also known as “intercropping,” improves the plant growth in several ways. For instance, some plants attract beneficial insects but release repellants that deter insect infestations, while others, the taller ones, provide shade for sprawling plants, as well as support for them to climb up. Also, some improve the soil condition and prevent weeds from spreading into the bargain.

🌿Do plants grow better together or separate?

The idea behind companion planting is enhancing the growth of the plants. Therefore, many plants will grow better when planted next to the right companions rather than they’ll do with others or alone. It won’t do miracles all by itself, but if you provide them with good growing conditions, you’ll achieve nothing but successful results.

❓What happens if plants are planted too close together?

When the plants grow too close to each other, they compete for the same water, sunlight, and nutrients. The more vigorous plant will take more than its fair share of resources, which will affect the growth and health of its neighbors.

Recent Posts in Lawn and Yard